Knowledgebase What is Crypto? The term crypto coin (or just crypto) stands for virtual money which unlike fiat assets doesn’t have a physical form and can be earned by mining or some other means. The idea of cryptocurrencies is revolutionary, since the money exchange system requires no banks to verify transactions. It is a peer-to-peer (also known as P2B) system that allows any person to send and receive money worldwide.

Cryptocurrency was called so due to using encryption to verify transactions, it means that advanced coding is employed for storing and transferring coins between digital wallets to ensure the highest level of security.

When sending cryptocurrency funds, transfers are recorded in open registers. Such payments exist as digital records in an online database that describes a transaction. Cryptocurrency can replace traditional money, but besides storing coins in a digital wallet (a specific application) and making cryptopayments you can also earn coins by well-known mining and trading using a crypto exchange.

What is a cryptocurrency wallet?

A wallet for cryptocurrency is a tool that can be used to interact with a blockchain network. Wallets can be divided into three groups: hardware, software, and paper, besides, depending on how they work, there are hot and cold ones.

A hardware wallet is a small device that looks like a USB flash drive. At the beginning of the “crypto era” such devices were known as the most secure way to store coins, but modern systems protecting from hacker attacks have been significantly improved. A paper wallet is just a QR code printed on a slip of paper. It should be scanned to complete a cryptocurrency transaction.

The group of software wallets for altcoins includes web, desktop, and mobile ones. Most of them are hot, meaning that they are connected to the Internet. For example, when you create an account on P2B exchange and send funds to it, you are depositing to an online hot wallet. As you may have guessed, the cold ones require no Internet connection.

What is crypto key?

Cryptocurrency wallets generate necessary data to send and accept cryptocurrencies by carrying out transactions. They also include a public address, which is an identifier containing a set of letters and figures, which is generated on the basis of public and private keys. It is a kind of location on the blockchain where coins can be sent. This means that you can share your public address to receive funds, but you should never reveal your private key to anyone!

A private key provides access to your cryptocurrencies no matter what wallet you are using. Thus, even if your computer or smartphone has been attacked, you still have access to your funds using another device if you have the private key. Please note that coins never leave the blockchain, they can be just transferred from one address to another.

What is cryptocurrency mining?

Mining is closely related to cryptocurrencies, this process is essential for verifying transactions, adding new information and releasing new coins. In other words, mining enables cryptocurrencies to function as a decentralized P2B network. Mining is a complex process, that brings miners good profit.

National currencies are created by central banks of various counties, while Bitcoins and altcoins need to be mined. The concept is rather close to gold mining, but the difference is the following: crypto coins exist only within a virtual system and have no physical form.

The process of mining is carried out with the help of specialized nodes that solve mathematical tasks and subsequently receive a cryptocurrency reward. Besides, the more people are involved in the mining process, the more secure the network is.

Let’s consider mining on the example of the most capitalized digital asset, namely, Bitcoin. This type of cryptocurrency uses a blockchain regulated by a network of nodes. In this context, there are two types of nodes:

Miners compete with each other to solve complex tasks. As soon as a miner finds a solution, a device of this person shares it with the rest members of the network to confirm the solution and add a new block, this is mining itself.

There are some ways to earn cryptocurrency: mining using processors, graphics cards, and special devices (ASICs). The exact choice depends on the nuances of the digital asset which a user is going to mine. For example, a CPU power is too low for Bitcoin mining, on the other hand, it may be enough to get some other altcoins, but this is not the only way to earn coins. Mining is usually based on the Proof-of-Work algorithm, but there are other ways to earn cryptocurrency too.

What is staking crypto?

Mining is not the only way to verify and secure transactions. There is another consensus mechanism which is called staking. Besides, this solution requires much less time and your personal participation than mining, that is why staking may be treated as a source of passive income.

Unlike mining, staking makes it possible to earn cryptocurrency just for storing coins in your wallet (the more coins you have, the larger income). We can metaphorically compare it to dividends from stocks. Not all coins have special conditions, for example, freezing, delegating, a minimum quantity of tokens, etc. Some projects have no limits and allow users to stake coins freely. Holding them in your wallet, for example, on a crypto exchange is enough.

Proof-of-Work and Proof-of-Stake: what is the difference?

Proof-of-Work (PoW) and Proof-of-Stake (PoS) are the most popular consensus algorithms in the crypto world. The PoW mechanism enables a network node to verify that a particular miner (a node that adds a new block to the chain) has actually performed the needed calculations. But PoW is a power-intensive mechanism, and in 2012 staking based on Proof-of-Stake appeared.

The Proof-of-Stake algorithm means that a user doesn’t need to use and maintain expensive mining farms, but a certain number of particular tokens or coins is enough. The staking strategy for earning cryptocurrency is more simple: just to invest in coins to earn more.

Unlike PoW, Proof-of-Stake requires no extra resources to stake. All you need is to buy tokens or coins based on this algorithm and leave them in your wallet. But it is important not to use them or you won’t receive a reward.

Staking is the process of holding an altcoin to receive a reward for maintaining the operation of the blockchain. This enables the system to create and verify new blocks involving no ASICs. Thus, instead of competing for mining the next block, PoS validators are chosen based on the number of coins in the system, in the stake.

Generally, the more coins are in your account, the higher chances to be chosen as the next validators. Since the number of coins is critical for receiving rewards, it makes sense to become a user of a system if you have enough assets to stake.

There are no significant barriers to start staking. This makes tokens which use the Proof-of-Stake approach a more economically efficient way to maximize initial investments. Proof-of-Stake algorithm is called the safest consensus algorithm, that is why currently staking cryptocurrency is even more preferable than classic mining.

Well-known Bitcoin is a so-called golden standard in the cryptocurrency world. But except it, there are a lot of other altcoins. So, let’s find out what an altcoin is.

The word “altcoin” consists of two elements: “coin” and “alt” that stands for “alternative”. This term was introduced on BitcoinTalk, one of the largest cryptocurrency forums in the world, and was popularized by The Wall Street Journal. Thus, an altcoin is any cryptocurrency except Bitcoin (or an alternative to Bitcoin).

But why do we need altcoins? Isn’t Bitcoin enough? Altcoins issued by various crypto projects correct emerging errors and offer better solutions, this helps the cryptocurrency market to develop. Bitcoin has many cons which make mining of this cryptocurrency rather complicated and prevent it to become the only tool for all fields and processes in the digital space.

How to use altcoins?

The first and the most obvious version of how to use altcoins is trading. Many cryptocurrency experts have transitioned from the classic market to the alternative one due to higher profit that can be explained by high volatility. The price of an altcoin may vary significantly even within a trading day! If you understand clearly, how a particular cryptocurrency behaves, you can earn for operations with only one altcoin much more money than from stocks or a bank deposit.

Most altcoins serve a specific goal, which is unique for every cryptocurrency. For example, Ethereum started a project making it possible for users to create their own applications and tokens. Currently, there are really plenty of altcoins, and new ones emerge almost every day. If you wonder, which of them have real chances to bring you much money, it should be better to learn more about a project that issued the altcoin.

How to buy Bitcoin or altcoins?

It is required to take only four easy steps to buy crypto on P2B exchange:

What is crypto trading?

Trading is one of major ways to earn cryptocurrency market, but you should take into account that it is not the same thing to trade cryptocurrencies and precious metals or stocks. The purpose is clear: to buy Bitcoin or an altcoin for a lower price to sell it with a profit.

The main difference between cryptocurrencies and stocks trading is higher volatility. It is impossible to get a thousands percent profit in the stock market, but this happens not so rarely in the altcoin market. But you should keep in mind higher risks too.

To start trading, it is enough to create an account on a cryptocurrency exchange. Then you need to choose a cryptocurrency to carry our trade operations trying to receive the highest income for a short period of time.

How to trade on P2B

We have developed a user-friendly interface to make the interaction with our platform as simple and intuitive as it could be. Don’t be afraid to take your first steps in trading, since you will easily figure it out what to do even if you have never traded cryptocurrencies. Besides, you can ask any question to our support team and receive a quick response at any time.

The trade page has simple design: there is a TradingView chart, an order book, and a menu for selecting tools for trading in this section of the website. Also, a user can browse a list of the latest transactions and add necessary visual tools to the chart.

It is possible to rearrange the blocks and switch between the dark and light themes for your personal convenience. You can trade futures and carry out transactions with the use of leverage, but wouldn’t like to recommend these options to beginners.

P2B is the place where complicated things turn out to become easy ones. Just make your first deal and you will see that trading cryptocurrency is a much easier operation than you may have thought, if you understand the rules of this market. 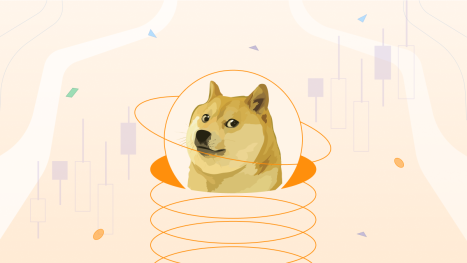 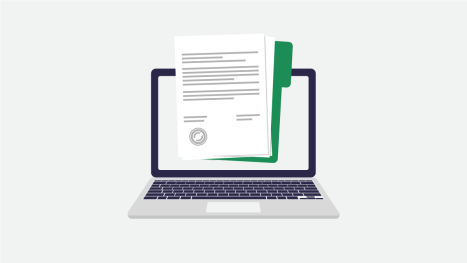 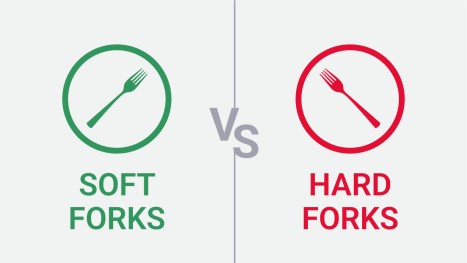